100% Privacy. We will never spam you. Disclosure: This blog contains affiliate links. I may earn a small commission to fund my coffee habit if you use these links to make a purchase. You will not be charged extra, and you’ll keep me supplied in caffeine. It’s a win for everyone, really.

What Does the Growth of Social Media Look Like in Real Time? 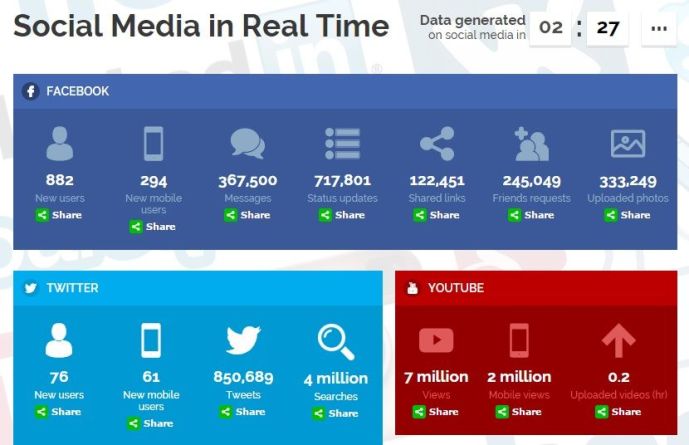 No matter where you live in the world chances are you are either using social media or have at least been impacted by it.

Facebook, Twitter and the like has been used to foment political revolutions, as a source for the news, to promote and determine the popularity of TV shows and brands … and to show the world your drunken weekend photos.

When 1 in 7 people on the entire planet logged on to Facebook on August, 24, 2015 (that’s roughly 14% of the global population) the sheer enormity of social media began to be put in to perspective.

Yet it’s difficult to measure and analyse what it all really means. How is it changing society? What does the future hold?

We might not be able to answer those questions until we’re literally living in that world, but what we can do is monitor social media’s exponential growth and marvel at the statistics.

One exciting new way we can do this is with the Social Media in Real Time counter. A literal clock counter that not only visually shows us the growth of some of the top social platforms, but does so in real time, right before our eyes.

As the clock ticks away, key growth metrics are calculated using the most up to date data, allowing us to see just how active these sites and apps really are.

For example in just 2 minutes, Facebook experienced 720 new active users, 240 of those who were using mobile devices.

Rival Twitter, who still sits as the number 2 social platform saw 62 new users, 49 of them on mobile devices. There wee a whopping 3 million searches, and 694,440 tweets.

So despite having less active users, Tweeters are tweeting more often that Facebook users are updating their statuses.

Where this activity really begins to boggle the mind is with celebrities. They are by the far the most followed/liked accounts on all of social media, and their overall reach is quite astonishing.

In just 16 minutes pop icon Katy Perry had garnered a further 433 new followers on Twitter, which is more than double the total number of followers the average person gets in a Twitter lifetime. This of course is a drop in the ocean compared to her total of 78.2 million followers.

Over on Facebook it’s soccer sensation Cristiano Ronaldo who is leading the pack with nearly 108 million fans! In just 16 minutes he managed to acquire another 176.

Another interesting aspect of social media is the amount of bandwidth and data each platform consumes. In 2 minutes Pinterest had generated 27,720mb. And that’s mainly from images. YouTube which is constantly streaming video content is perhaps the most data intensive website on the internet.

After all in 16 minutes Adele’s music video for her new single was watched over 222,000 times. Back at 2 minutes the site had an overall of 16 million new views.

Somewhere in a gigantic data center there are hundreds of thousands of servers pumping to keep the website alive.

What the future holds for social media is anybody’s guess, but there’s no sign of it slowing down any time soon.

Want to see the growth of social media in real time yourself? Check out the counter today!

Go from Unknown to Well-Known! Get my eBook 'Be The Expert' + a Free WordPress Setup Course

Priya Florence Shah is the Group Editor of SHEROES, a bestselling author, and award-winning publisher of Naaree.com. Connect with her @PriyaFlorence. 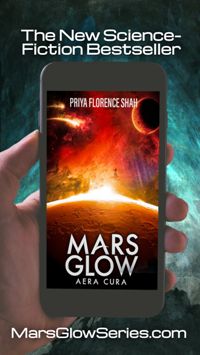 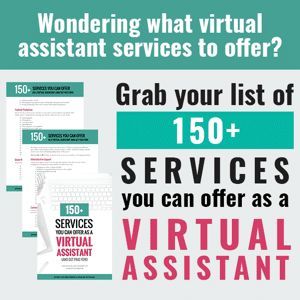 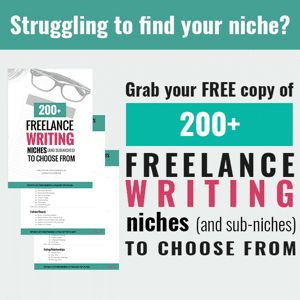