But because I did not incorporate it as a business till 2014, I kind of neglected it and didn’t give it a lot of attention till July 2015. I was busy with client work and had got complacent about my own blog.

In Jan 2015, these are what my traffic stats looked like.

What changed for me around June or July 2015, was that I discovered Brian Dean’s blog on the Skyscraper Technique.

In 2003, I was someone who was pretty good at SEO and content, and had even written a book on it.

Of course, SEO back in 2003 was a very different beast. It was much easier to game Google. Content marketing as a term did not even exist back then.

I bought BlogBrandz.com in 2004, started blogging using the Blogger software, and became pretty good at it.

I had gotten lazy.

I was done with that.

From now on, I would make an attempt to write well-researched and detailed posts of at least 1500 words, if not more.

I would try to write content that was the best in its category.

I decided that, if I was at all serious about growing my business, I had to stop hiding in the shadows of mediocrity and start giving some love to my own blog.

In this case study, I show how using Brian Dean’s Expanded List Post (ELP) Technique help me grow my blog traffic by over 700% in just a few months.

I spent a couple of days working on this post.

However, at this time I was syndicating my blog to an aggregator site called Business2Community, which picked up the post the day after it was published on my site.

The result was that my post on Business2Community got a top 3 ranking for the keywords “increase social media engagement” while my own domain was nowhere to be seen.

Google probably thought it was duplicate content and omitted the post on my domain from the search results pages. Ouch!

Still, my article did have a top 3 ranking, and the ELP on my site did get about 10 times the number of shares that my other posts had got till now. That was some consolation.

So, I continued working on my blog, aiming to write posts of over 1000 words minimum, but no more ELPs. Sometimes the posts worked, most times they didn’t.

Thanks, largely, to the fact that I was syndicating my RSS feed to another site with more domain authority than mine.

To be fair, content syndication on Business2Community worked great for boosting my reach and branding, especially with a small blog like mine. It helped me get published on Yahoo Small Business (now called Aabaco Small Business) and Monster.com and also gets me some referral traffic from their site.

But it’s lousy for SEO.

Then in September 2015, I gave a talk at WordCamp Pune, wrote up an ELP of almost 3000 words based on my talk, created an infographic for it, and published it here.

Blog Content Creation And Promotion In 2015 and Beyond [Infographic]

A couple of days later, the Moz+BuzzSumo Report on Analyzing 1 Million Articles came out.

Inspired, I wrote up another ELP of just over 1600 words and published it.

Journalism Ethics Guidelines To Make You An A-List Blogger

These two posts went on to rank among the most popular posts on the blog. But I was still syndicating my content to Business2Community, so the search engine traffic wasn’t exactly rolling in.

This jump constituted a seven-fold (700%) increase in the number of sessions since January 2015.

Even though my posts did not go viral or get an insane amount of traffic, the comments, shares and traffic on my blog had increased many times over since I started using the Expanded List Post (ELP) Technique.

In October, my traffic dipped slightly because I did not blog much.

You can see the increase in traffic from January 2015 till now.

The significant spikes in traffic are a direct result of publishing the Expanded List Posts. Readers were also spending more time on the blog and reading more of the content.

I finally decided to stop syndicating my content, and on 22nd October, I published an ELP of over 6000 words on my blog.

As it was partly a collaborative effort, with contributions from a number of members at MyBlogU, the bloggers who had contributed to the post shared it on social media, and some of them linked to it from their own blogs.

A number of readers also bookmarked it, because it’s an ‘always updated’ post. I’ve constantly updated it since, and shared about the updates on social media.

Right now, it’s the most popular post on the blog and, thanks to a little Facebook boost, also has over 1.1k likes/shares.

I must mention here, that I did not use any advanced link building strategies, such as broken link building to promote any of my Expanded List Posts.

The only influencer outreach I did was to reach out to those bloggers whose articles I had linked to in my blog posts and give them a heads-up about it. Many of them shared the posts with their social media followers.

I have no doubt that, had I spent more time on some advanced link building, the results would have been much better. But here are some of the lessons I learned using Brian Dean’s Expanded List Post Technique to boost my traffic.

A number of studies have shown that long-form content (over 1500) words is what helps to get your content to stand out from the clutter today. I learned for myself that this is true and that it can work very well even for small blogs like mine.

ELPs get a lot of shares and more links than your average post. A well-written and updated ELP can even get people bookmarking your posts. They also got a lot of comments from people who were happy with their usefulness.

The effort you spend in writing your ELP pays off in spades. All those shares and links tell search engines that your content is valuable.

On the 8th of November, my Blog Promotion Tips ELP ranked #3 on Bing for the keyword “blog promotion tips,” ahead of sites like Problogger.

In Google, it ranked #21, which tells me that I still have a long way to go to build links and domain authority.

Did you find this case study on Expanded List Posts (ELPs) useful? If you have some of your own insights to share, I’d love to hear them.

Priya Florence Shah is a bestselling author, an award-winning online publisher, and an online branding consultant. In her spare time, she writes science-fiction novels and chills with her two Labs. 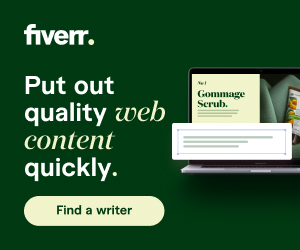 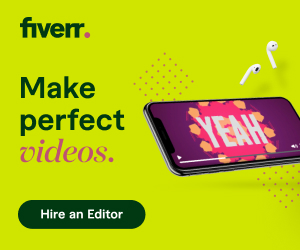